Marking the Time of Your Life

Marking the Time of Your Life

Some moments in life are filled with so much glory. Moments that are short lived but long remembered. Most people will live their whole lives never having experienced one of those moments. Very few will have the luck, privilege and talent required to play on an athletic championship team.

Ryan Conrad, co-captain of the 2019 UVA Men’s Lacrosse National Champions is one of those few.

The student-athlete-turned-pro lacrosse midfielder talks with us about the monumental win his senior year, and the run up to it.

“We weren’t called the ‘Cardiac Cavs’ for nothing,” says Conrad, remembering the run of nail-biting, heart-stopping games their fans, friends and family endured. For eight straight games including the semi-finals, their team fell behind by an average of 5 goals. 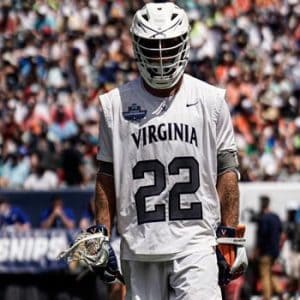 But rather than letting being behind discourage them, Conrad and his team used that pressure to spur them on to win, game after game. “I play better under pressure,” says Conrad. “As the pressure mounted, and it got closer to the end of the game, that just pushed us. Sure, it might have been easier if we didn’t have our hearts in our throats the entire 4th quarter, but that was really the DNA of the team.”

There’s no question the 2019 UVA Cavaliers had been through a lot over the course of that season. It’s an experience with lessons Conrad and his teammates can take with them wherever they go in life. “Something coach said to us a lot that really kept me going is that teams and groups who go through adversity together also have more will to not give up – and honestly, losing was just not an option for us.” 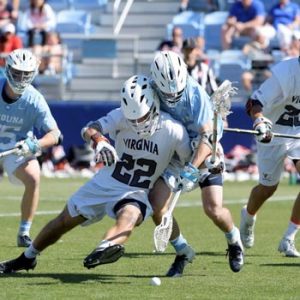 It’s that adversity and the tenacity each player showed through the season that Conrad credits with making the National Championship win that much sweeter. “In that moment, it’s just pure, unadulterated happiness.” And knowing how they played, as a team, pushing past their struggles and overcoming every obstacle they encountered, left them feeling like “nothing can stop you. Nothing can get in your way.”

And though Conrad graduated soon after that remarkable win, he still feels connected to the whole team. “We’re all going to the first game [of the 2020 season], everyone who’s out. I stay in touch with them as much as I can. I’ll always be friends with them.” 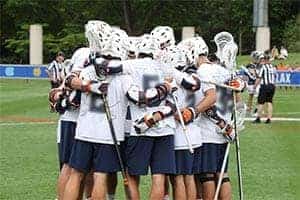 Reflecting on how lacrosse had impacted his life, Conrad notes that playing a team sport was integral to helping him build social skills and become the person he is today. “Developing the ability to 100% trust someone…I genuinely cannot describe how integral that is to the person I am.” Thinking about what the future holds, he notes “it’s the way I’m going to raise my kids…making sure they have that. Those relationships make you the person that you are down the road.”

Conrad acknowledges that the team didn’t achieve what they did without a strong network of support. “Our parents and our fans had more of an impact than anyone will ever know. Having the tailgate at every game, having people who would talk you through a loss, support you, be there for you no matter what. It gives you so much confidence.”

But how do you capture that moment in time and keep it with you, always?

AXIA Time worked with a small group of parents to help them create something special for the whole team and everyone connected to it: a custom championship watch that would forever commemorate that special time, with a design and of a quality that would be worthy of their great achievements throughout the 2019 season. 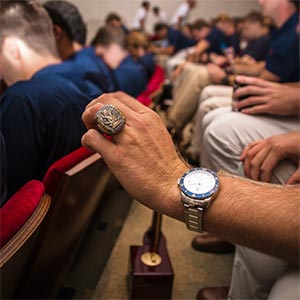 Kelly Kraus, mom to attacker Michael Kraus who was a junior at the time, added, “the watches are gorgeous, and the guys will cherish them forever.”

And that’s exactly what founder John Kanaras set out to create when he started AXIA Time.

John Kanaras, University of Pennsylvania alum and Penn Lacrosse Hall of Famer, set out with a vision to create something special that would help him stay connected to the memories he made at school.

To him, that meant a Swiss made automatic watch whose design and quality matched the significance of his achievements. A subtle reminder of some of the best times of his life, that he could wear every day, even 30 years after leaving UPenn.

Championship Timepieces are not just for the players. They’re for anyone who feels connected to, and wants to celebrate, the team they support. You can find all of our championship watches here: 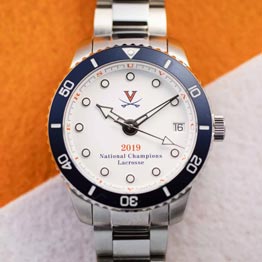 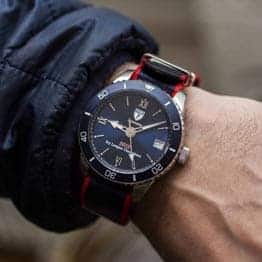 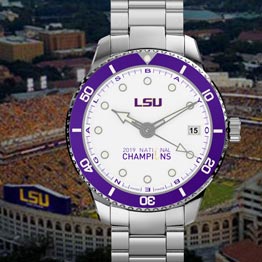 Have a moment or achievement you want to commemorate with a custom timepiece? Drop us a line at info@axiatime.com and let’s create something special!